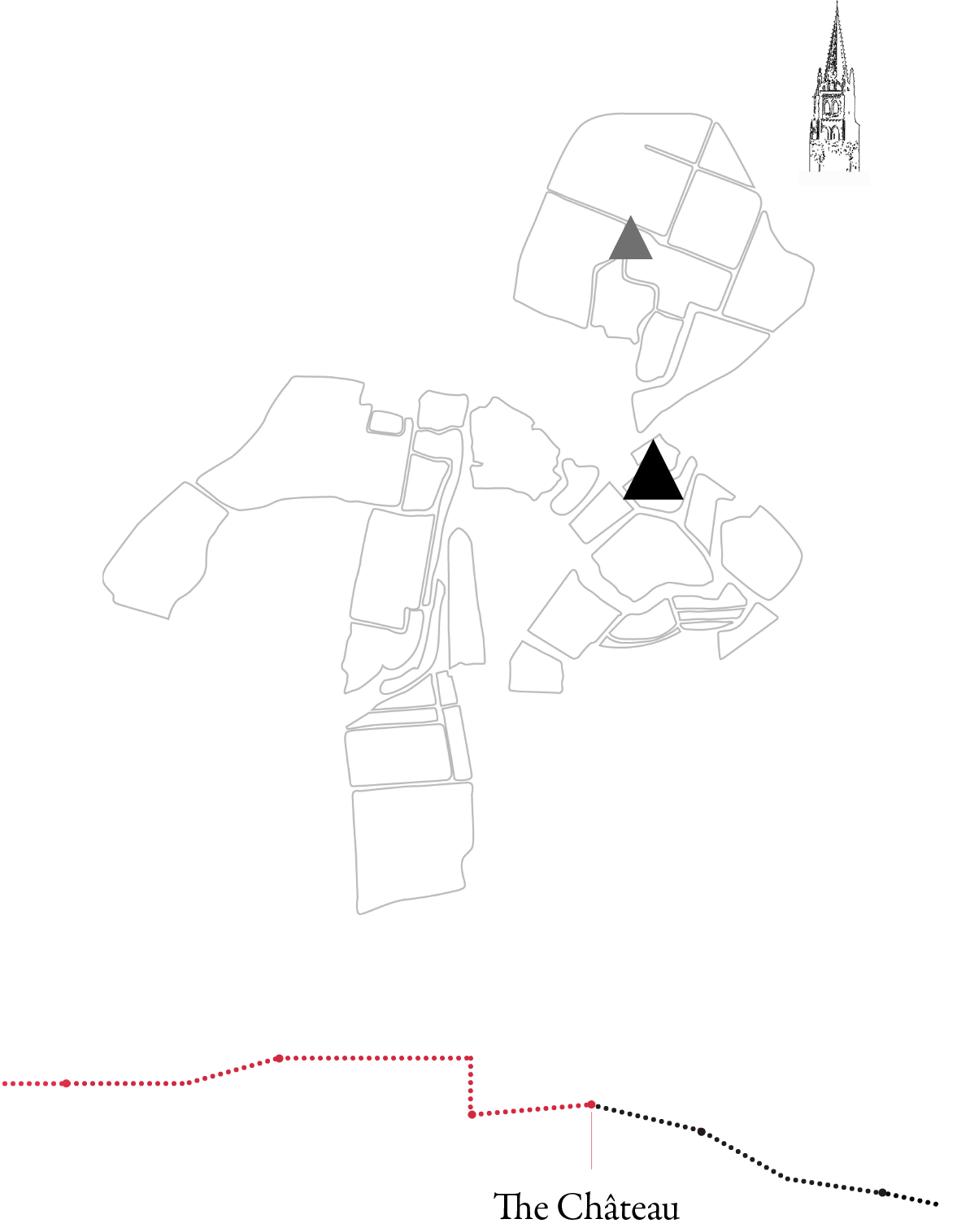 In the Middle Ages, the Madeleine plateau was composed of several dwellings, a fortified house, a church, a chapel and a cemetery as well as significant vineyards.

In the 17th century, the estate of Bélair comprised a house, cellars and various farm buildings, including the dovecote that was converted into a pavilion in the mid-20th century. This ensemble constituted the “Southern village of Saint-Émilion”.

The construction of the present-day château and its outbuildings dates back to the middle of the 18th century, when the Canolle de Lescours family, who had begun to modernize the estate, sought to build a château on the grounds. Located in the heart of the vineyard of Bélair, the château was built upon earlier structures.

In the 1750s, Bélair thus came to stand on a terrace on Saint-Emilion’s southern hill, nestled a stone's throw away from the plateau. Ever since, this discreet manor house with its harmonious façade has been overlooking the majestic panorama of the Dordogne valley. It blends in with a neighboring staircase carved out of the limestone hill which, until the 19th century, was the only path connecting the plain to the plateau.

The rocky outcrop supporting this staircase also houses troglodytic caves and conceals a chapel a few steps from the entrance to the former underground cellars.

The recent restoration of Bélair preserved and emphasized this precious heritage, home to the first major winemaking developments of 18th century Saint-Émilion. The spirit of the place remains unchanged. The château retains its simple elegance and continues to be a discreet presence in this picturesque landscape.

Back to the map